The architect Bathykles from the Ionian Magnesia on Maiandros was invited in Sparta to create the throne that framed the 14 m. high cult statue during the end of the 6th century B.C. In that period, Sparta had won the confrontation with Argos and, afterwards, founded the Peloponnesian Alliance. In this second monumental phase of the sanctuary belongs the construction of the circular stepped altar.

A new, more precise reconstruction of the circular terraced altar, through the design of five of its building blocks, has been presented within the framework of the ongoing research project. During the restoration work that was conducted in the summer of 2009, the partial restoration of the monument, as well as the confirmation of its size, which is estimated at 8 m. in diameter and 4 m. in heigh, became possible. This attempt can be now enriched with new architectural pieces, considering that many of them are preserved in the walls of Byzantine and post-Byzantine churches. Finally, the information mentioned by Tsountas regarding the precise location of the monument, can be actually confirmed. 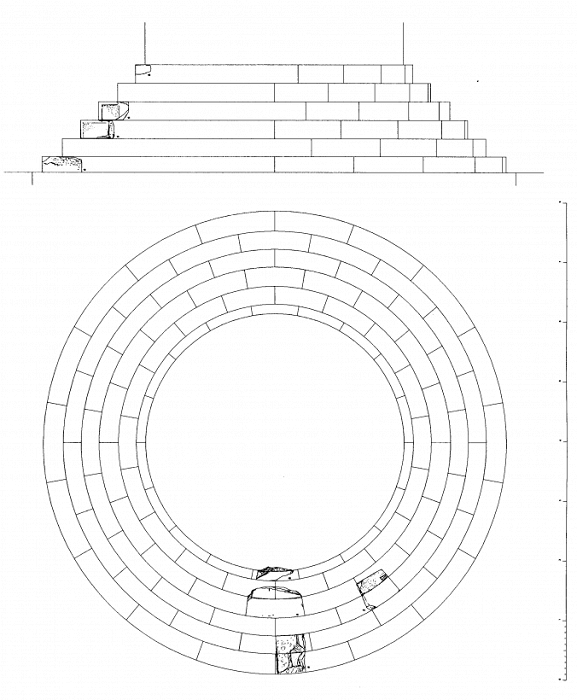