Role: Director of the Project

Angelos Delivorrias was born in Athens, Greece in 1937. He commenced his studies at the University of Thessaloniki in 1956, attending the courses of Prof. G. Bakalakis. After graduating from the University of Athens, he started his postgraduate studies at the University of Freiburg in 1964, under the supervision of Prof. W. H. Schuchhardt and a year later he joined the Greek Archaeological Service. His archaeological career was based on the guidance of Christo and Semni Karousou at the national Archaeological Museum of Athens, he attained additional personal experience as the Curator of Antiquities in Patras and Sparta.
After winning the A.V. Humboldt Stiftung Scholarship in 1969, he began his doctoral research at the Univeristy of Tübingen supervised by Profs. U. Hausmann and W. Fuchs. In the years following the completion of his PhD thesis in 1972, he continued post-doctoral studies with Profs. J. Marcade’ and R. Martin at the Sorbonne and the Ecole Pratique des Hautes Etudes in Paris.

In August, 1973 he was appointed Director of the Benaki Museum, where he was responsible for its reorganization and the new display of the collections, within the totally refurbished and extended museum building. At the same time, he organized a series of temporary exhibitions at the Benaki Museum and abroad, and contributed to a number of exhibition catalogues. In 1992, he was elected Professor of History of Art at the University of Athens.

As a visiting scholar at the British Council in London in 1977, the Kommission für Alte Geschichte und Epigraphik in Munich in 1979, the American Government in 1980, the Institute for Advanced Study at Princeton in 1983, 1988 and 1999, the German Archaeological Institute in Berlin in 1986 and 1993 and the J.P. Getty Museum in 1989, he was given the opportunity to work on a variety of research projects.

He has lectured at the Institute of Fine Arts in New York and at the Accademia dei Lincei in Rome; at the universities of Princeton, Philadelphia, Bryn Mawr , Los Angeles, Madison-Wisconsin, Bonn, Hamburg, Würzburg, Oslo; at the Louvre in Paris, the J.P. Getty Museum, the National Gallery in Washington, the Glyptothek in Munich, the Cleveland Museum of Art and the Antikenmuseum in Basel, the Gennadeios Library in Athens, the Museum of Cycladic Art in Athens and at several other institutions throughout Greece. He has participated in Congresses in Greece and abroad.

He is a member of the Academia Europaea, the German Archaeological Institute and the Greek Archaeological Society, the Society of German Archaeologists, the scientific committee of the German Archaeological Institute, the Onassis International Prizes Committee and the Governing Board of the Organization for the Construction of the New Acropolis Museum in Athens. In 1996 he was awarded the title International Man of the Year 1995-1996 by the International Biographical Center, in 1999 the Chevalier de l’Ordre des Arts et des Lettres Medal by the French government and in 2000 the Commander of the Order of the Phoenix Insignia by the President of the Hellenic Republic. In 2006, he was honoured by the magazine Epilogue and by Xenia 2008. In 2008, he was awarded the Ordine della Stella della Solidarieta Italiana by the Italian government. 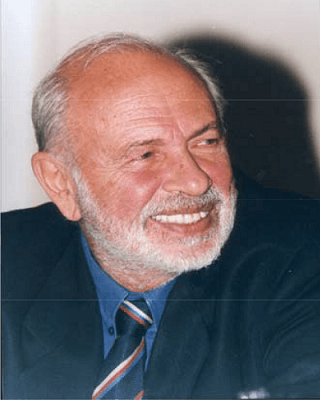