Stavros Vlizos and Vicky Vlachou “New Evidence on a Spartan Religious Center: The Sanctuary of Apollo Amyklaios at Sparta and the Current Research Project”

The event was co-sponsored by the UCLA SNF Hellenic Center, UCLA Cotsen Institute of Archaeology, Archaeological Institute of America–Los Angeles County Society, and Pan-Laconian Federation of United States and Canada.

Description:
The Sanctuary of Apollon at Amyklai (Sparta) was inextricably associated in antiquity with the celebrated festival of the Hyakinthia. Ancient literary sources describe salient aspects of the festival and the cult that was centered around the tomb of the hero Hyakinthos and the altar of Apollo in two succeeding stages that never overlapped each other. Material evidence from the sanctuary area demonstrates the early beginnings of the cult and ritual, already since the mid-10th century BC. By the late 8th to early 7th century BC, the formal delimitation of the sanctuary area, the quantity and quality of the material deposits support the importance of the sanctuary and its festival within the formal institutions of the Spartan polis. It can be argued that the importance of the sanctuary may be related with the seniority of the shrine and the continuity of the ritual activities in this area over the centuries. The lecture shall focus on shifts in use and function of material culture that are parallel to transformations and changes of the social, political, and religious landscape of Sparta. Furthermore, the connection of the cult site to neighboring areas in proximity, further away, and parallel trajectory to the rest of the Spartan sanctuaries shall be discussed. 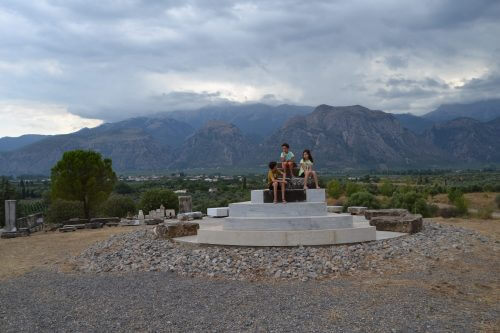